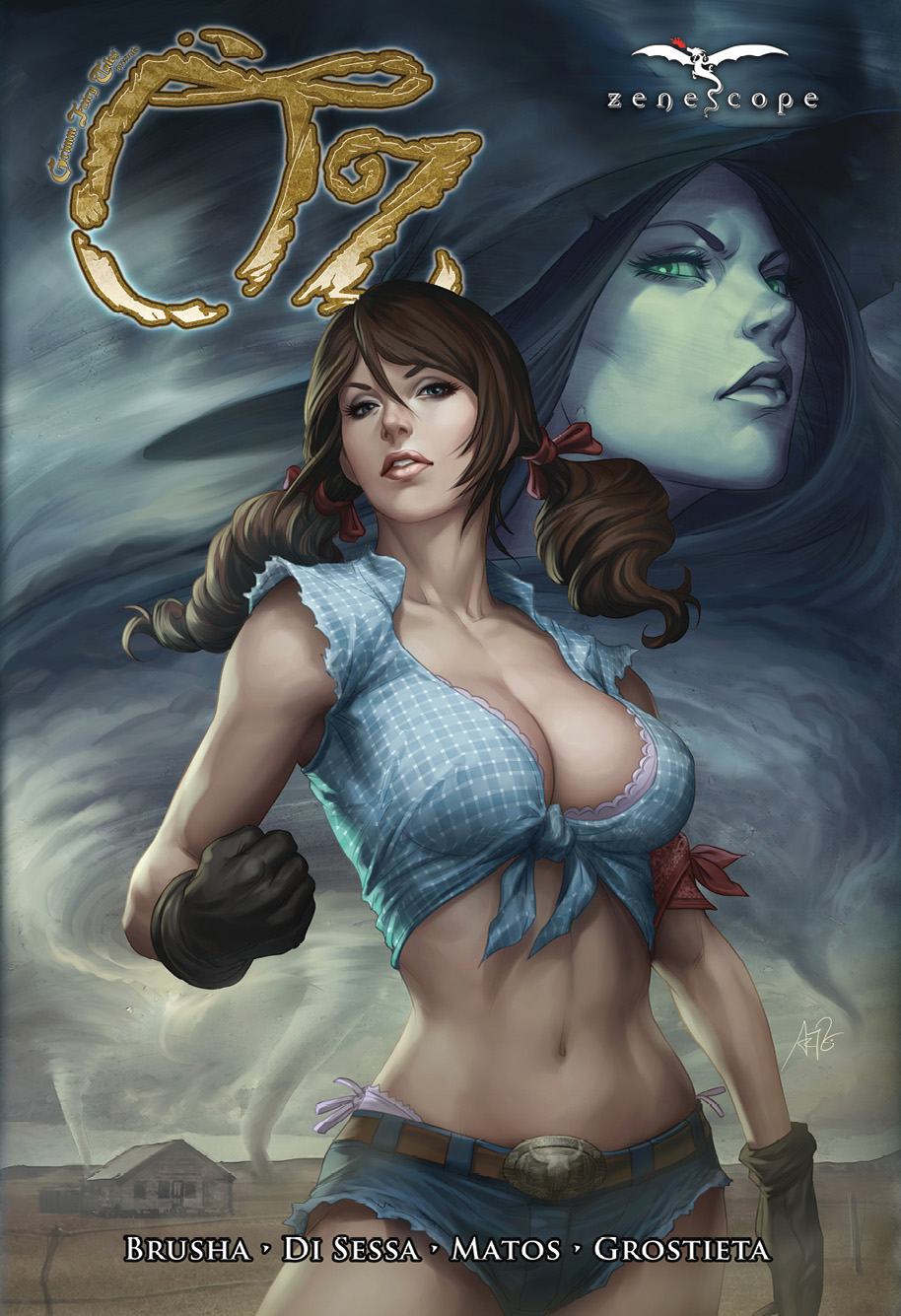 The evil daughters of Zamora, intent on conquering the world, seek the Viridian Scepter, a powerful magical artifact which was used to destroy their mother. It has been broken into three pieces, and its handle stolen, taken by a ghost wolf to another world, the nexus. There, it is found by a girl who can, mysteriously, wield it, although it should be possible only for the most powerful of Highborns.

Does this story sound familiar to you? Let me describe it again.

Young Dorothy Gale, who lives on a farm in Kansas, finds a wolf, which she names Toto, and determines to keep it as a pet. Soon after, her house is lifted by a tornado and Dorothy finds herself in the land of Oz, where the Wicked Witches of the East and West terrorize the land. Dorothy accidentally kills the Wicked Witch of the East using a rod that Toto carried, which is sure to cause the witch's sister to target her. So Dorothy sets out on a journey across Oz to complete the scepter, of which Toto's rod was a part, and use it to destroy the Wicked Witch of the West and return home.

Grimm Fairy Tales presents Oz is a hardcover collection of the six issue miniseries of the same name from Zenescope Entertainment. The series ran from July 2013 to February 2014, and was written by Joe Brusha, with pencils by Rolando di Sessa, inks by Glauber Matos, and colors by Ulises Grostieta.

The Grimm Fairy Tales series presents re-imaginings of fairy tales, set in a crossover-friendly universe consisting of Earth (called the nexus) and four other worlds: Myst, Neverland, Wonderland, and Oz. The miniseries in this book, as the title implies, is concerned only with the final of these. I've never read any other entries in the Grimm Fairly Tales series, so I can confidently say that this book works as a standalone story.

The story is, in broad stokes, the one we're all familiar with. Dorothy from Earth shows up in Oz, meets some traveling companions, and eventually defeats the wicked witches, freeing Oz from their tyranny. At last, Dorothy goes home. All of the details, though, have been changed.

Rather than setting out alone, Dorothy begins her quest in an RPG-approved cliche party consisting of a magic user (Glinda, the Good Witch of the North), a warrior (Thorne, a member of the lion-like Kavari tribe), and three short comic-relief types (Sparky, Crumb, and Crank, who are Boggers--don't call them munchkins!).

Unfortunately, cliche is rather the name of the game, for this story. Dorothy is mysteriously very powerful. Glinda, the knowledgeable, powerful, and very useful leader of the party (at the outset), ends up conveniently unconscious for the latter part of the story. The third chapter's opening is narrated by a positively painful letter home from Dorothy, in the venerable writing-that-everything-is-fine-while-actually-in-a-pitched-battle style. And the ending is rather spectacularly unsatisfying.

The adaptation isn't without its clever bits, and in particular it does a reasonably good job with the lion, scarecrow, and tin woodsman, but overall the writing is just not up to par.

The artwork is fairly good, but quite variable. Dorothy, in particular, never seems to have quite the same face from panel to panel.

I've seen some complaints about the sexualized outfits and poses of the female cast of this book, and I gather that it's something of a staple of the series. The characters certainly wear impractical clothing, and the artist is clearly not above taking advantage of this.

This is certainly not a problem that's limited to this book--it's a common (and valid) criticism of comics in general. That said, I don't think that it's the biggest problem the book has, nor a particularly egregious example of it. The worst of it is all in the alternate covers, but that's not an issue, here.

Grimm Fairy Tales presents Oz is not by any means an excellent comic, but it's not a terrible one, either. It's worth the 45 minutes or so it takes to read, if only that.