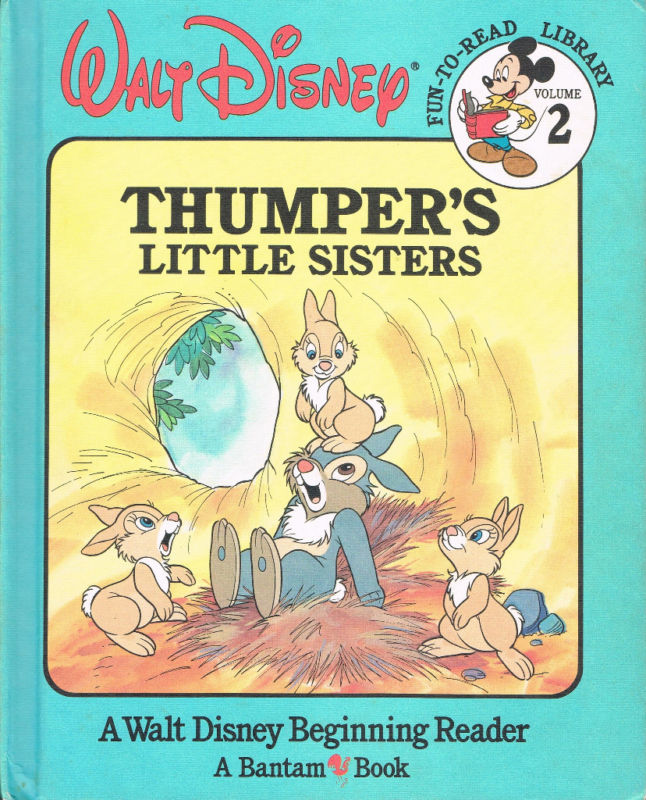 Thumper's Little Sisters tells how Thumper came to save and be saved by his three new sisters, and learned that his parents still loved him, even though he had new siblings.

As is obvious, the main purpose of the story is to teach kids to accept younger siblings, a fairly common theme in children's books. It's pretty heavy handed ("And he never again thought that his mother and father did not love him. He knew that they did."), but that's also normal for a children's book.

The story isn't nearly so satisfying as in the previous book in the Walt Disney Fun-to-Read Library, Mickey Meets the Giant, but it's passable.

The illustrations are again quite good--actually, better than those in Mickey Meets the Giant, since they tend to show the background much more, whereas in the previous book, many of the illustrations were just kind of floating in a white space.

Thumper's Little Sisters is a decent children's book, saved by the high quality of its illustrations. I can't imagine even children wanting to read this one very often, but it's not bad as part of the series.