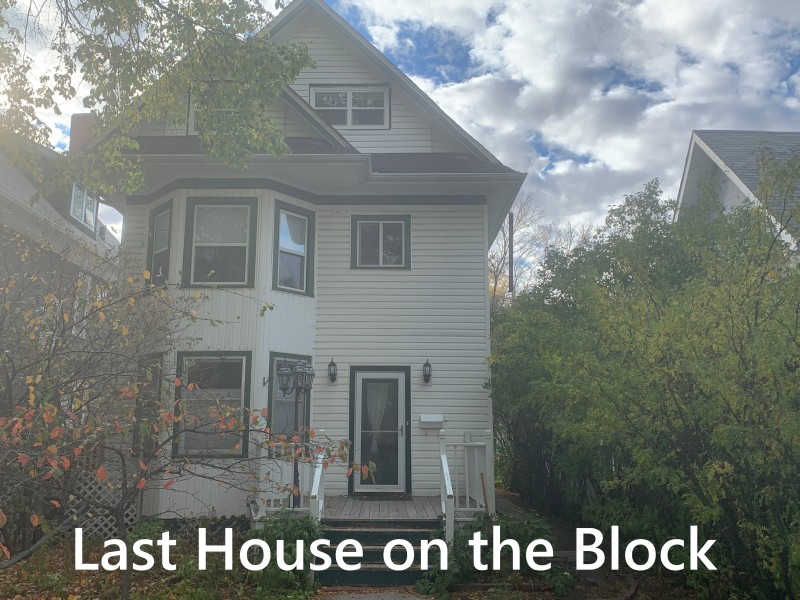 Last House on the Block

Mr. Harrison was a quiet old man who lived in the house at the end of the block. No one really knew him, but everyone said he was rich; anyone who lived like as much like a hermit as he did had to be a millionaire. After lunch one day when you overheard your parents talking about how the old man had died with no family and how the city was coming to take the house and everything inside you decided on the spot that they wouldn't take everything...if there was any cash in there it was coming home with you.

In this game, you wander around the departed Mr. Harrison's house, searching for any hidden treasures. For the bulk of the game, you don't find any--no gold and jewels, at any rate. Instead, you find the sort of things you'd expect: old furniture and similar clutter of a home long lived-in.

For some of these items, you are given (brief) descriptions that give you a little insight into the old man's life, but for most items there is no description given. There's something particularly disappointing about reading "You see nothing special about the unusual rock." And there is a profusion of such useless items throughout the game. For example:

I'm reminded somewhat of Hill 160, which similarly included rather too many individual objects:

Implementation aside, the puzzle design is disappointing. Most of the objects really are useless, and there's only one real puzzle in the game: how to open the trapdoor in the closet. And its solution, unfortunately, involves guessing the correct objects to stack on each other in order to climb high enough to reach it. And to do this while subject to a timer in the form of a dying cell phone battery. Not a pleasant puzzle.

The game has a nice little gimmick: at the beginning, you select a companion who accompanies you throughout the game by picking up an object associated with them. This would be great, except that the characters have very little personality and there's no way to interact with them. They're as underdescribed as the clutter in the house.

The concept of an IF game that uses the generic conventions in a realistic setting is nice. Here we have exploration, puzzle solving, a search for a treasure. This has been done better in other games, but the idea is a good one. And the final payoff at the end is suitable: fitting in with the cold war era environment, you eventually find a bunker in which a 'treasure' is stashed.

With deeper implementation and better puzzle design, the basic outline of Last House on the Block could make a very good game, but the game as it stands feels aimless and unsatisfying.