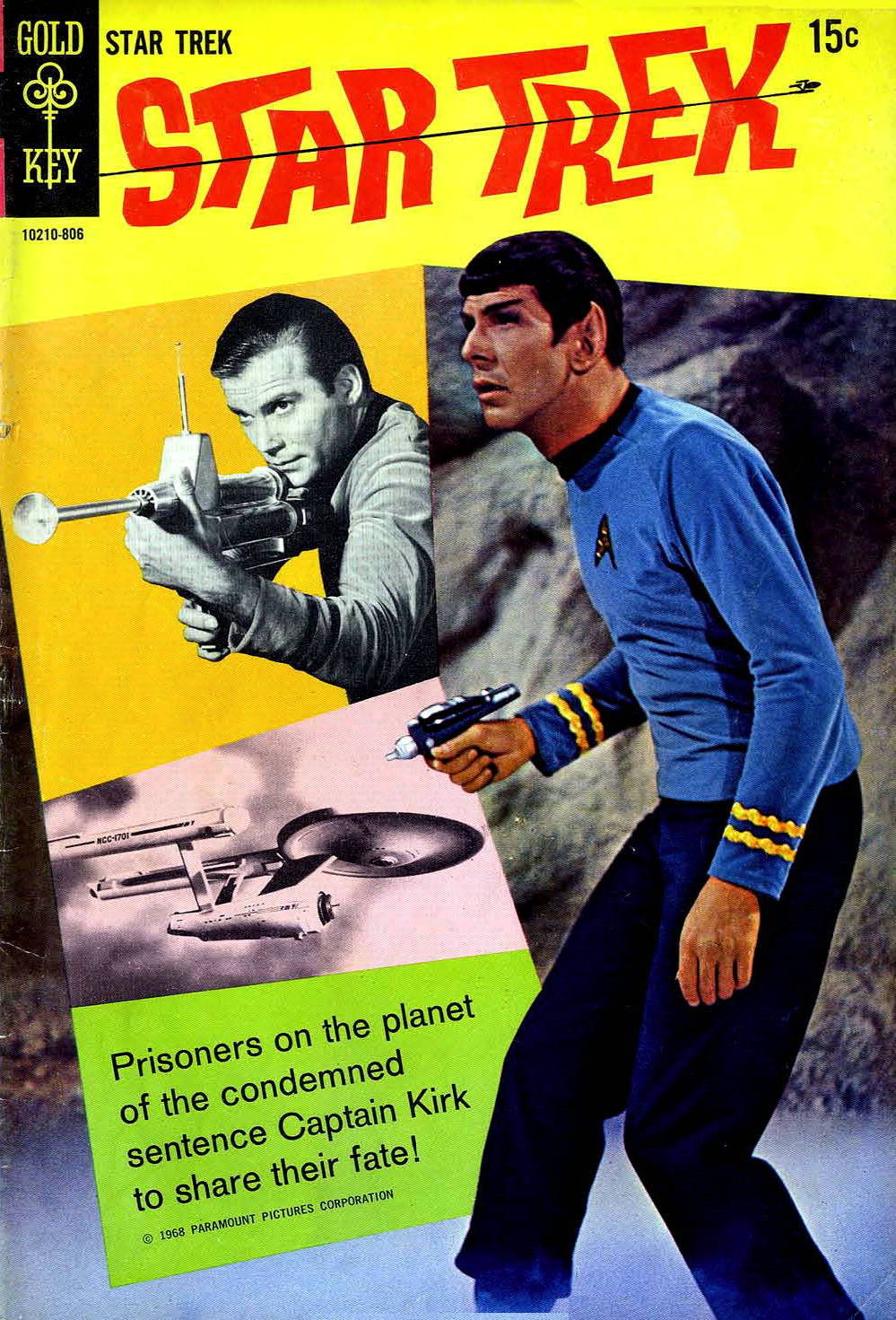 The Devil's Isle of Space

The Enterprise encounters some glowing asteroids and invetigates. Upon orbiting an asteroid, they find they cannot escape orbit. Kirk and co. beam down to look around, and meet a group of aliens who claim to be the stranded crew of a cargo ship. In fact, they are prisoners, condemned to execution--to be killed when the asteroid eventually destroys itself. The criminals hold Kirk and co. hostage, but Spock effects a rescue, and they leave the criminals to their fate. Spock declares: "Execution by asteroid is the way of their society! We had no other choice but to leave them, captain!

Also, some casual sexism in a page of jokes:

We will see aliens trapped on a prison planet lying about their status and trying to escape in TNG's Power Play.