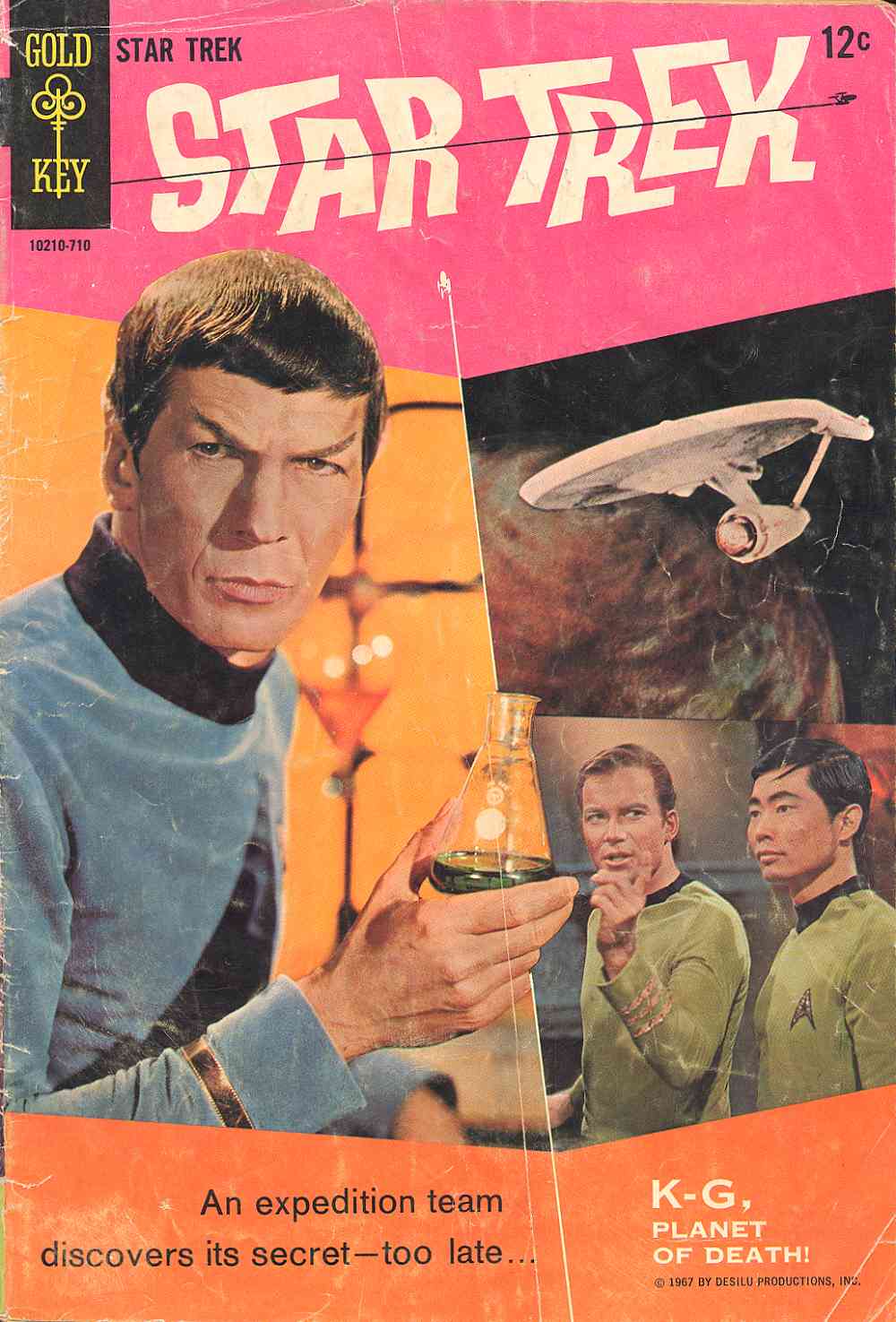 The Planet of No Return

This is already an inauspicious beginning. Clearly the writer was not terribly familiar with the show. It had first aired about a year before the publication of this issue, so it's not as though there wasn't time to at least read a script or two, but obviously that didn't happen. The writer also refers to 'an eerie space fog' and water capsules (containing, no doubt, futuristic freeze-dried water), which makes me question whether he was familiar with anything. Anyway...

The Enterprise happens upon a planet teeming with plant life. They beam down to investigate.

The crew finds sapient plants on the planet, and get involved in a few misadventures with them, generally murdering their way through every encounter. At last, they teleport back to the ship, ready to leave this place behind them, but Spock informs them that the plants are much too dangerous to be left alone: "We must orbit that hideous little globe until all foliage upon it is decimated by our laser beams!" What? Surely not.

I'm astounded, truly. I didn't expect a spin-off comic to perfectly reproduce the characters and circumstances we're all familiar with, but this one gets things about as wrong as possible.