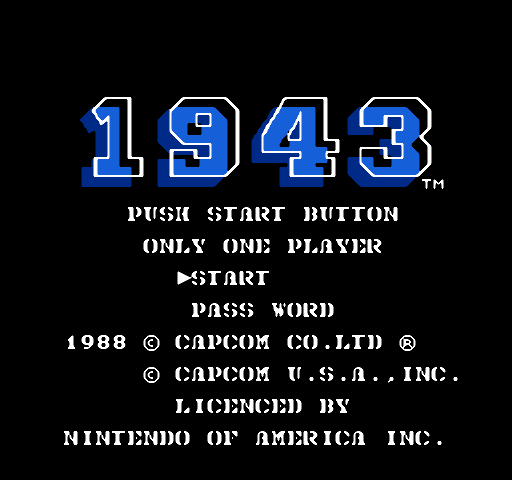 An excellent conversion of Capcom’s vertical scrolling shooter. This one has more features than its predecessor, such as the ability to configure your plane before you start:

Also, when you start, it tells you briefly what your target is. In the first level, it’s Rikaku, the Japanese Heavy Cruiser:

As is 1942, you’re piloting a P-38, which you can improve as you play by picking up better weapons and energy bonuses. The gameplay is the same, too: fire at the enemy planes (and ships) while avoiding being hit:

At the end of the level, you fight Rikaku, which is heavily armed:

If you win, you move on to the next level. There are a total of 24 levels in the NES version, as compared to 16 in the arcade version.