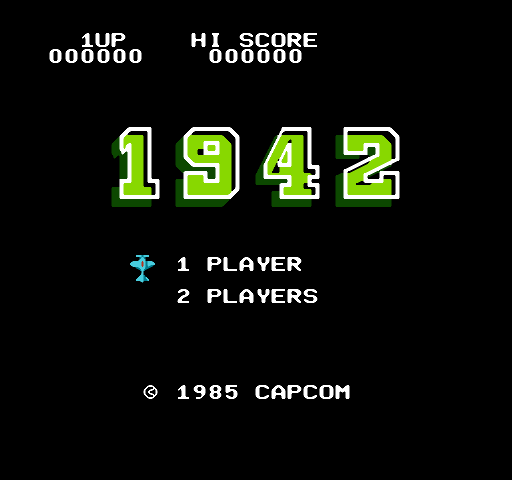 It’s not too bad. You control the plane, which moves pretty smoothly, and shoot the enemies. A rather basic idea, but workable:

Unfortuantely, this one just doesn’t measure up to its sequel, 1943. I can’t show it in a screenshot, but the sound was annoying–there was a beeping sort of sound going on while playing. The graphics, too, aren’t as good as in 1943.

Verdict: Play 1943: The Battle of Midway instead.